The utilization of glycerol as a suitable organic building block for new materials has been recognized for quite some time. However, the advent of the biodiesel industry and the increase in byproduct glycerol has made the feedstock cost competitive even to fossil alternatives. But even if the glycerol market today is heavily impacted by the biodiesel industry, the future supply of glycerol will be supplemented through production from other biological sources. Indicating that glycerol can be a sustainable origin for useful chemicals for many years to come.

Starting from glycerol, by means of an innovative patent pending gas phase method, two alternative monoalcohol products can be produced. In the first case, propanol is the end prod-uct and can be traded with benefits as it out values the byproduct glycerol. In the second case, the end product is a mixture of methanol, ethanol and propanol. This mixture is good for recycling back into the biodiesel plant, yielding several benefits. First of all it offsets the use and cost of fossil methanol normally used. It will also yield a higher value biodiesel with higher heating value per unit volume and with improved cold-flow properties. This project has been performed in close cooperation with an American biodiesel company, Primafuel inc., and pending patents cover the process as well as some of the catalysts included.

Transforming the energy in the glycerol to a higher value energy carrier is an attractive proposition from several aspects. In a patent pending process, Biofuel-solution has a way to transform the glycerol to ethane or propane, with high energy conservation. By performing this unit operation the sustainable energy gases can be used in several applications, including biogas applications, vehicular fuels and onsite power generation. The two processes for performing the processes have patents pending as well as novel catalysts with crucial properties.

By using similar methods as when producing the energy gases, but with different proprietary catalysts, ethene and propene can be produced. These gases can then be used as monomers for the synthesis of polyethene and polypropene. The polymers produced using this method would be equal to the ones produced using fossil feedstock, but with a sustainable dimension.

Through its partnership with Primafuel inc., Biofuel-Solution has access to a novel glycerol cleanup technology. This technology, besides being an innovative and low energy intense way of upgrading crude glycerol to higher qualities, is very well suited for the processes described above. The technology is based on a simulated moving bed approach and the purified glycerol leaves the system as high grade glycerol dissolved in water. This solution can then be either used directly in the processes above, or the water can be boiled of and the glycerol sold as USP/PH.EUR. grade glycerol; thus avoiding the traditional, energy intensive step of glycerol distillation.

As an alternative source, the glycerol can be derived from carbon dioxide (e.g. from power plants) by growing algae. The algae can then be processed to recover the glycerol and favorably be used in the processes proposed above. In a similar fashion, glycerol can be grown using bacteria e.g. from cellulosic biomass yielding similar advantages in the separation step as in the algae case. 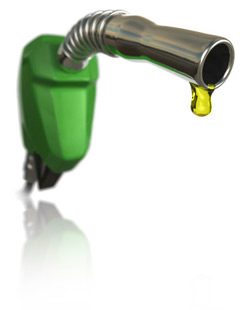